The Initial Impact of the Biden Administration on Higher Ed 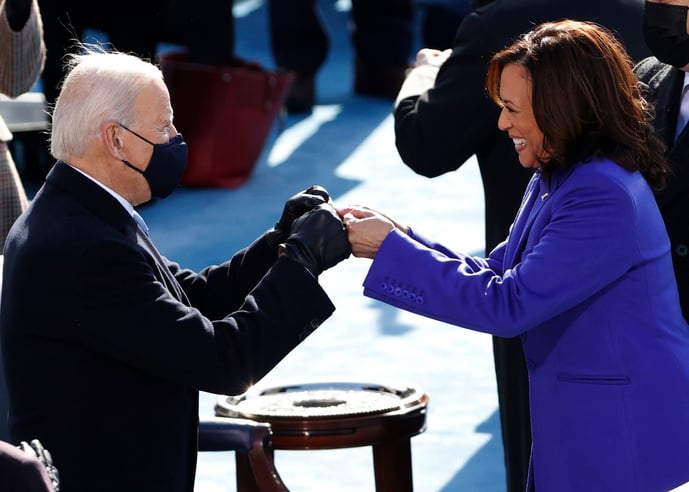 Embracing differences and cultivating a community that looks more like America. That was President Joseph R. Biden’s promise on the 2020 campaign trail, and early into his presidency, he is keeping his word.

On day one in the Oval Office, President Biden signed an executive order to propose broad changes to Immigration Laws set forth by the Trump Administration.

The U.S. Citizenship Act will:

Biden has pledged to end the travel ban on Muslim-majority countries. He will also make the H-1B skilled worker visa more accessible for international students that aspire to live and work in the United States after college graduation. Rather than add more panels to a border wall, the Biden administration plans to add more seats to the table; 11 million more seats. To add a more welcoming vibe to the country, Biden will ambitiously pursue “pathway to citizenship” efforts for the 11 million immigrants currently living in the U.S. illegally.

Rejoining the Paris Climate Agreement and halting construction on the controversial Mexican border wall, are just two of the ways President Biden is working hard to promote unity in the United States. Nearly every day since the inauguration, the Biden administration has introduced a historic Cabinet member, like Retired General Lloyd Austin, the first African American secretary of defense. Breaking barriers and approaching challenges with an open mind makes universities around the world the ideal community for future leaders. President Biden is leading by example, and many industries, including higher education, could learn how to hire new staff and enroll future students by his example.

In recent years, prospective international students have faced an uncertain future when contemplating attending college in the United States due to a range of policy changes. An international 14-year-old student in 2016 is now ready to make their university enrollment decision, but many of them have been taught throughout their secondary schooling that the U.S. doesn’t want them. Team Biden understands that children of all races, religions, and cultural backgrounds are the future of America, which is why he plans to reinstate the Deferred Action for Childhood Arrivals (DACA) program granting deportation relief to over 600,000 “Dreamers” within his first 100 days in office.

Biden also seeks to rekindle alliances with foreign leaders while fulfilling his promise to build a White House team that is represents and looks “more like America.”  When 14-year-old international students read about the American Dream in the coming years, the new administration will look a little more like them. Steps are being taken to show the world an American education is attainable for everyone and sharing the idea of the US as the “land of opportunity” for all.

Less than two weeks as President of the United States, Biden has already signed another executive order initiating “The future will be made in America.” JoeBiden.com ensures the public that the ambitious initiative will create millions of new manufacturing and innovation jobs throughout all of America, once again making America a place the world admires. “If we make smart investments in manufacturing and technology, give our workers and companies the tools they need to compete, use taxpayer dollars to buy American and spark American innovation, stand up to the Chinese government’s abuses, insist on fair trade, and extend opportunity to all Americans, many of the products that are being made abroad could be made here today.”

How will “The future will be made in America” support innovation and STEM-focused college students? “Joe Biden is proposing a dramatic, accelerated Research & Development investment of $300 billion over 4 years to create millions of good jobs today, and to secure our global leadership in the most critical and competitive new industries and technologies. Credible estimates indicate that this level of investment could help create 3 million jobs or more.”

Princeton University senior, Jimin Kang writes; “Biden’s election will give us permission to stop holding our breaths. He strikes many of us as a leader who sees us not as America’s great impediment, but rather as a complement to its identity."

There is no such thing as a perfect leader, but Joe Biden believes in progress before perfection. Around the world, aspiring international students are witnessing history as a more tolerant, realistic, experienced leader takes office and fights for an America with liberty and justice for all. From the automotive industry and higher education to racial injustice and public health, the Biden administration has a full plate, but will rely on unity to see the nation through.

Discover how Keystone can help you promote your programs and boost your international student recruitment.