10 countries you should include in your next student recruitment plan 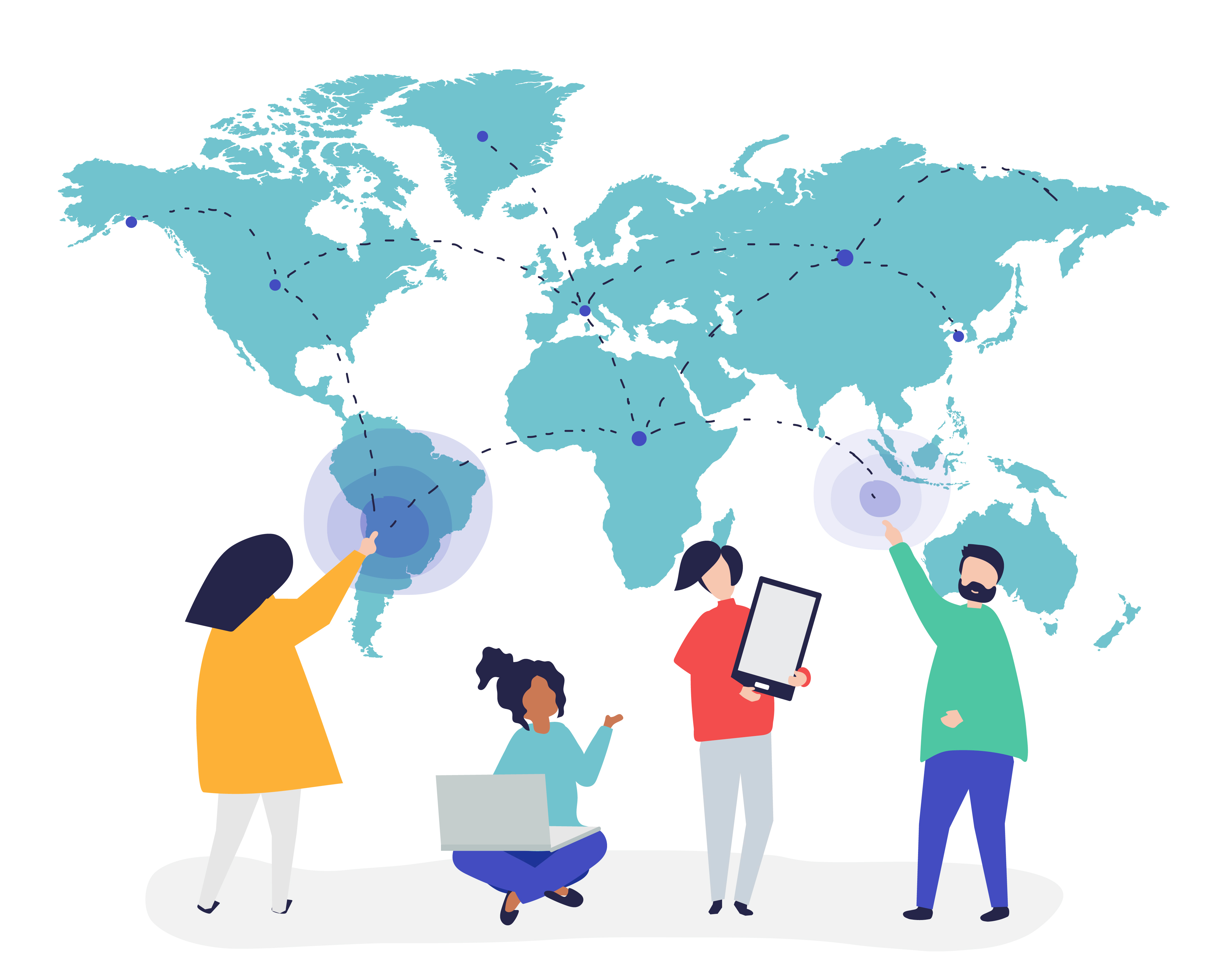 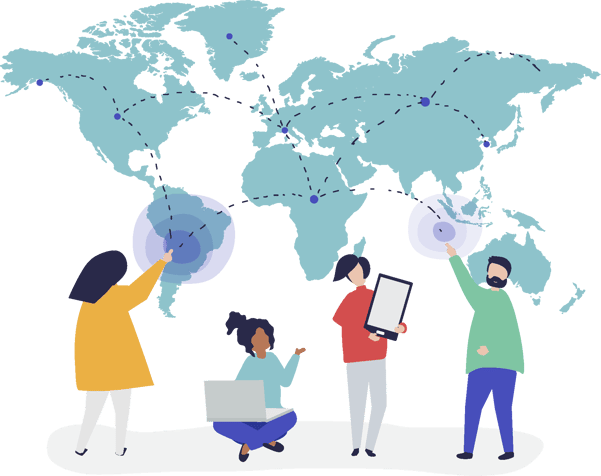 Universities often ask which countries should form part of their next recruitment marketing plan. So we asked the question — what do the numbers say about where international students come from?

According to UNESCO, there are some unique trends arising from strong global demand for higher education. We’ve condensed this data to bring you a review of countries with high outgoing student volumes of which you may want to consider including in future marketing and recruitment activities.

The most populous country in the world, it is no doubt that China would be the largest provider of outgoing international students. UNESCO data shows a consistent upward trend toward outward mobility among Chinese students with the number rising to 869,387 in 2018 -- an increase of nearly 200,000 students over the past five years. It is the top source for international students globally with more growth predicted moving forward.

World Education News + Reviews (WENR) says of the phenomenon, “The staggering economic growth of China over the last three decades has transformed higher education around the globe. Year after year, the country’s newly minted middle-class parents have been willing and able to send their children abroad, en masse, in search of the best degrees available. The speed with which these students have inundated the market have been stunning, and the campus impact often overwhelming.”

And while experts say possible impediments to ongoing growth may include capacities of foreign institutions and the emergence of joint campuses on the Chinese mainland which fulfil Chinese students’ international education needs at home, China’s second-child policy is expected to spur another big spike -- especially because families which can afford a second child are usually better positioned financially. Also a factor? The rising cost of higher education in China.

Beijing Overseas Study Service Association (BOSSA) Director Peng Sang also shared several insights with the ICEF Monitor about changing attitudes toward international education in China, For starters, the rising cost of higher education in China is also a factor. “If it costs about the same, or less, to go abroad, why not do it?” he said. Sang furthered revealed that 57 percent of Chinese students who go abroad use education agents, compared to 13.4 percent who register directly with institutions. Within the 30% remaining gap lies significant potential for universities to benefit from reaching these education markets through additional online advertising channels and marketing platforms.

One last fact about Chinese international enrollments? Approximately 90 percent of these students are self-sponsored with no financial support, according to The Telegraph.

One last fact about Chinese international enrollments? Approximately 90 percent of these students are self-sponsored with no financial support, according to The Telegraph. For universities that offer limited scholarships or funding, the Chinese student market represents a clear opportunity for student target marketing.

Globally, India sends the second-highest amount of students overseas with approximately 305,970 students in 2018, the only country remotely close to China in numbers. Experts say India’s young population, heavily burdened higher education system, increasing economy, and growing consumer class mean we can expect it to remain a top sender for the foreseeable future.

And while the US and similar nations remain popular destinations for Indian students, other countries are seeing enrollments climb at a faster rate, according to WENR. For example, while the US accounted for 55 percent of all Indian enrollments during the 2005-2006 academic year, this number dropped to 47 percent a decade later. Conversely, while Canada claimed just five percent of Indian student enrollments in 2005-2006, the percentage climbed to 17 in 2014-2015. Indian students represent a market of significant value globally to higher education institutions and considering the continued economic growth of India, are bound to continue seeking  education abroad.

Sending 119,021 and 105,360, respectively, Germany and Korea are also at the top of the list when it comes to students going abroad to study.

Germany’s high numbers may seem surprising given the low cost and high standard of education there. Still, many German students are opting to pursue higher education elsewhere. Many Germans are drawn to much lower staff-to-student ratios than the 1:66 they would experience at home, as well as increased opportunities for interaction with professors. Worth noting? The vast majority of Germans who study abroad choose to do so in Western Europe.

While South Korea’s outward-bound numbers have seen their share of ups and downs over the year, South Korea has held onto its fourth-place position among sending countries. However, it’s worth noting that with some experts predicting declining outbound student mobility in the decade ahead, South Korea is not among the countries expected to buck the trend, according to the British Council report, International Student Mobility to 2027: Local Investment, Global Outcomes. Best to watch this space!

Outbound mobility among Kazakhstani students increased by more than 140 percent in the decade between 2006 and 2016. In 2018, this number climbed to 89,505. This growth shows no signs of stopping anytime soon, especially given the country’s expanding college-age population. Another factor fueling the trend? An anticipated skills shortage within Kazakhstan’s significant oil, gas, and mineral-related sectors.

Saudi Arabian student outbound mobility numbers are also noteworthy. Not only did 89,282 Saudi students study abroad in 22 countries in 2018, but more than 74,000 relatives accompanied them, according to Gulf News. Students are heavily encouraged by the king to pursue international studies opportunities, with the vast majority of of them receiving support from the state for both education and living expenses. The US is the biggest draw for Saudi students, followed by the UK.

As students from Sub-Saharan Africa become increasingly mobile, Nigeria not only lays claim to the largest sending numbers (89,094), but is also the eighth highest contributor to global international students, according to UNESCO. As with Saudia Arabia, the UK and the US are the preferred sending destinations, although their positions are reversed.

In Vietnam, the increased interest in international studies is attributed to the larger and more demanding upper and middle class, while in Ukraine demand is driven by concerns about the quality of education at home, interest in English language skills, and the possibility of work opportunities abroad. Many also have high hopes for the future of Ukraine and believe that leaving temporarily will help them better support Ukraine’s future success upon their return from abroad.

Obviously, Latin America isn’t a country, but it’s worth mentioning as a target region for higher education recruiters and marketers. According to WENR, “Although often overshadowed by Asian education markets, Latin America is a major source of international students around the globe, especially among institutions in the United States.” Australia, too, is seeing increased interest from this region: Between 2015 and 2017, Latin America’s share of Australia’s international student population rose from nine percent to 11 percent.

Brazil is also worth a closer look due to a staggering 20.5 percent increase in outbound students in 2018, marking a third consecutive year of double-digit growth.

Overall, there is always opportunity to reach new student target markets — you just need to know where to look. We encourage you to view these countries as a useful starting point, and to continually build your target audiences as you progress. Always maintain a clear overview of  your marketing metrics and check for new trends — you never know where your next students may come from!

Keystone works with 4200 universities across the world to enhance their student recruitment using marketing automation software. Over 72 million students visit Keystone's network of 420 websites every year to find a study program.  Our partner universities are able to promote their programs directly to student audiences as they search, target their marketing efforts geographically, and discover potential new student markets — all at once. To find out more about Keystone, book a demo today here.

How to make your online programs stand out

A beginner's guide to lean management in higher education